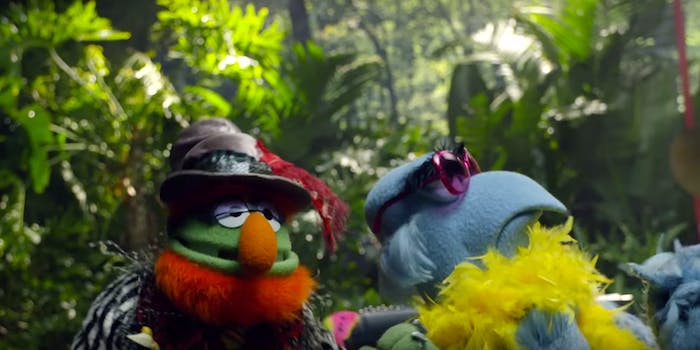 The Muppets get down, get down in a ‘Jungle Boogie’ cover

Even Sam the Eagle is down to boogie.

Getting the usually uptight Sam the Eagle to be anything but a stick in the mud looked to be impossible until now.

He somehow gets wrangled into providing vocals to an Electric Mayhem cover of “Jungle Boogie,” and while he’s all but ready to storm off set, something draws him back in. Is it the music of Kool and the Gang? Is it the legal method of mellowing out for the band? Or maybe he’s finally experiencing a change of heart?

It’s a lot simpler than that, but for those few minutes, he was as carefree as a bird.