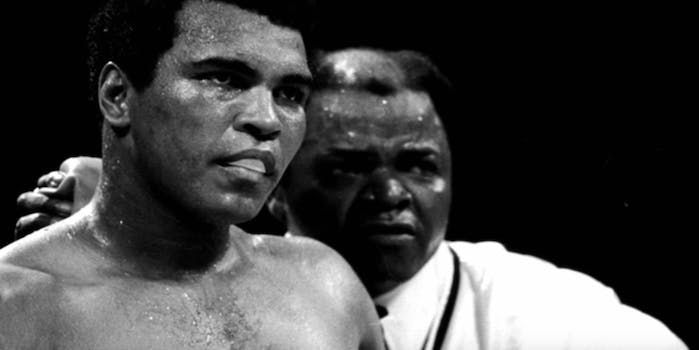 This is how Muhammad Ali wants to be remembered

The world is mourning the loss of Muhammad Ali, the boxing legend who passed away on Friday night at the age of 74. And while everyone’s remembering him in various ways, the athlete left us some instructions on how to celebrate his life.

In his memoir, Ali literally wrote a response to “how I would like to be remembered.” It’s short, simple, poignant, and truly captures the boxer’s spirit. ABC News Senior Producer Chris Donovan tweeted out a screenshot of the excerpt late Friday night.

If you read only one thing about #MuhammadAli, read what he wrote in his memoir about how he wanted to be remembered pic.twitter.com/J1EdeX2lLC

Ali’s accomplishments, both inside the right and out, are all to be cherished. While becoming one of the world’s greatest athletes, he paved the way for black athletes. And, while he could be stern and outspoken about the issues he cared about, he could often be found joking around and with that memorable Ali grin. We’re glad his self-written eulogy reflects that.

And that kicker—Ali sure knows how to make an exit.