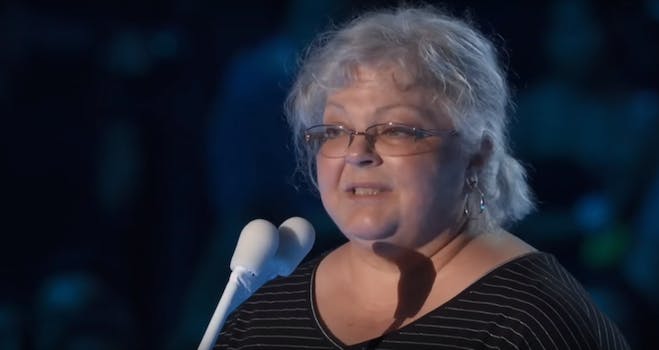 'I miss her, but I know she is here tonight.'

A descendant of Confederate general Robert E. Lee took to the stage at the 2017 MTV Video Music Awards Sunday to decry the recent violence in Charlottesville, Virginia, and speak against his ancestor’s legacy.

“We have made my ancestor an idol of white supremacy, racism, and hate,” the Reverend Robert Wright Lee IV said. “As a pastor, it is my moral duty to speak out against racism, America’s original sin.”

Lee, who is a pastor at Bethany United Church of Christ in Claremont, North Carolina, called on people with “privilege and power” to “answer God’s call to confront racism and white supremacy head-on.”

He then introduced Susan Bro, mother of the late Heather Heyer, who was killed in Charlottesville when a “Unite the Right” supporter drove a car into a crowd of counter-protesters.

“We can find inspiration in the Black Lives Matter movement, the women who marched in the Women’s March in January, and, especially, Heather Heyer, who died fighting for her beliefs in Charlottesville,” Lee said.

Bro received a standing ovation from the VMA audience as she walked onstage.

“Only 15 days ago, my daughter Heather was killed as she protested racism,” Bro said. “I miss her, but I know she is here tonight.”

“Heather never marched alone,” Bro added. “She was always joined by people from every race and every background in this country.”

She then announced the MTV award for best fight against the system to all six nominees including “Surefire” by John Legend, “Light ft. Jeremih” by Big Sean, “SpiderMan ft. Damian Lemar Hudson” by Logic, “Stand Up / Stand N Rock #NoDAPL” by Taboo, “Scars to Your Beautiful” by Alessia Cara, and the Hamilton Mixtape’s “Immigrants (We Get the Job Done).”

Bro described why each was nominated.

“Through their diversity, the six videos show there are many ways to take action and many battlegrounds in the fight for social good. Big Sean decried violence. Alessia Cara spoke out about body-shaming. The Hamilton Mixtape and John Legend both took on the targeting of immigrants. Logic and Damien Lamar celebrated diversity. Taboo and Shailene Woodley rebelled against government exploitation.

I congratulate all these artists on their VMA tonight. And I look forward to the important work that they, and all of you, will do together to make the world a better, kinder, place. Thank you.”