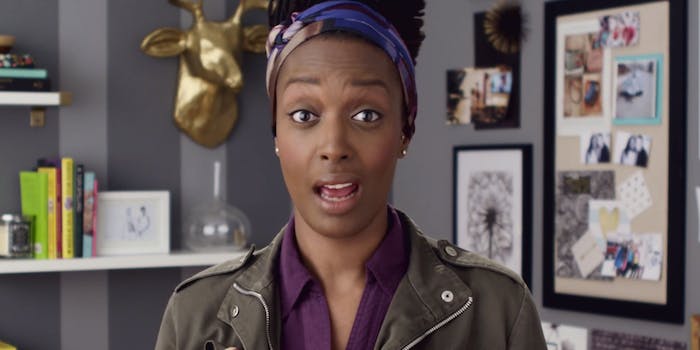 Are fried chicken and watermelon racist? That’s the question that kicks off MTV‘s new YouTube series, Decoded, which promises to bring frank discussion of social issues to the digital audience.

MTV launched the show in conjunction with a new channel, MTVNews, that promises a wide variety of content. The host is Franchesca Ramsey, better known as Chesca Leigh online, and she gained widespread attention for her “Shit White Girls Say To Black Girls” video, viewed more than 11 million times. Now she’s combining forces with MTV for a new series, which kicks off by delving into the issues of what makes fried chicken and watermelon a racist stereotype.

MTV’s last major YouTube success, Laci Green‘s Braless series, launched on its own channel, but Decoded will live among MTVNews’s other offerings for pop culture and entertainment news. Episodes will air each Wednesday for 12 weeks.