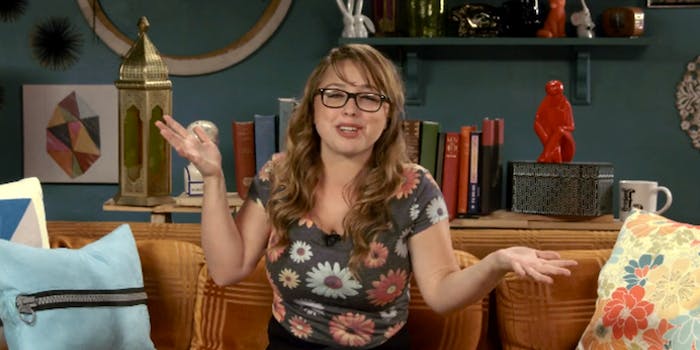 MTV just launched the YouTube channel MTV Braless, which is set to feature a new series by the same name starring YouTuber Laci Green, as first reported by Variety.

Laci Green, whose vlogs covers topics like sex and feminism, is bringing her signature style to “MTV Braless” as the show’s host. Green explains in the series trailer that viewers can expect a focus on “feminism, politics, paparazzi, pop stars” and more.

Green’s own YouTube channel, Sex+, currently has over 1.1 million subscribers—that’s quite an audience already built in for MTV’s new Internet show. Green will provide non-video content for MTV, as well, as part of her pact with the company. Her written stories will show up on MTV.com.

The first episode of “MTV Braless” is set to debut on Nov. 4. The episode will explore Taylor Swift’s status as a feminist.

New episodes will come out every week on the series’ dedicated YouTube channel for 12 weeks total (so far). Kornhaber Brown produces “MTV Braless,” which will exist separately from MTV’s main YouTube channel.