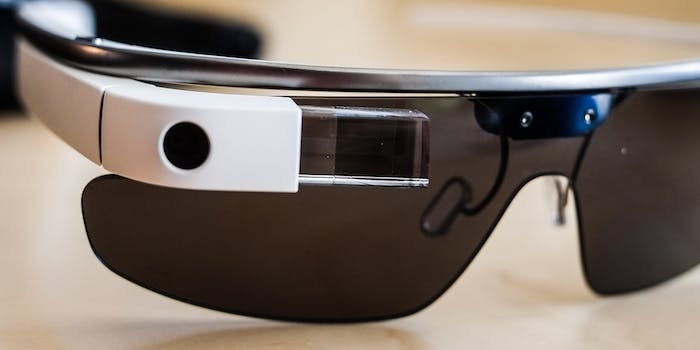 Better leave your Google Glass and Fitbit at home.

When you go see a movie, leave your smartwatches, fitness bands, stress monitors, pacemakers, insulin pumps, and other wearables at the door. At least, that’s what the Motion Picture Motion Picture Association of America (MPAA) wants you to do.

The MPAA and the National Association of Theater Owners (NATO) this week announced a new rule forbidding theatergoers from wearing devices like Google Glass, smartwatches, or other gadgets that can surreptitiously record video. This zero-tolerance policy comes after a few scattered instances of patrons being asked to leave theaters because they were wearing Google Glass, with the ushers assuming they were recording movies. The MPAA’s edict follows a similar move by U.K. theater owners, who banned Google Glass this past summer.

The most notable case of wearable tech causing an uproar involved an Ohio man who was taken out of a movie theater by federal agents after he was spotted wearing Google Glass. It proved to be an embarrassing false alarm for the authorities; the recording function on the specs was inactive, and the theatergoer was using his wearable for its prescription lenses.

A dominant force in Hollywood, the MPAA is primarily responsible for film ratings that can play a major role in a movie’s box office potential. It has previously proven to be out of touch with social norms, as in the case of the 2010 movie, The King’s Speech. The MPAA gave the Oscar winner an R-rating, which requires anyone under 17 years old to be accompanied by an adult, thus limiting its box office returns.

With the new policy, NATO hopes to stem the tide of pirated films that cut into theaters’ revenue.

The absurdity of this new policy rests in its near-impossible enforcement. Theater ushers and personnel (not to mention flight attendants) have difficulty distinguishing a health-related wearable from a smartwatch or fitness band. For the MPAA and NATO, this is a major lawsuit waiting to happen.

Twitter response has been notably critical of the new policy. The comments mostly point to the ignorance the movie trade associations have when it comes to the realistic piracy potential of wearables such as Google Glass.

Wearables banned from movie theaters by MPAA: In an attempt to stave off shaky, poor-quality piracy of new fil… http://t.co/7x9B8fWuhg