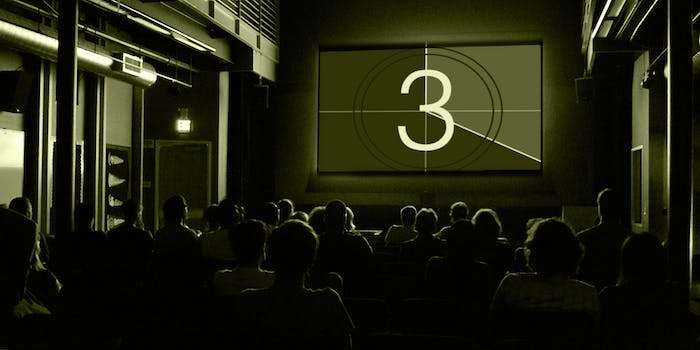 These 9 true Hollywood stories will ruin your childhood favorites

And you thought spoilers were bad.

The ability to Google a movie after you’ve seen it is the blessing and the curse of the Internet.

On one hand, the entire history of the movie, especially if it’s an older one, is at your fingertips. Do you spend way too much time going down Wikipedia rabbit holes or diving into the trivia section of IMDb, finding out every piece of information from the two years the Lord of the Rings cast spent in New Zealand or just how every movie in the Pixar universe is connected to one another? (If so, we’d certainly get along.) Or maybe oral histories, like this excellent one on Ghostbusters, may be your thing.

No matter how you consume it, you just have to know everything, even if a movie is just as enjoyable (but not as magical) afterward. Many of us know that Crispin Glover was only in one Back to the Future movie and that Michael J. Fox wasn’t the original Marty McFly, but we can, for the most part, still manage to watch an old favorite without any inner conflict.

Then again, one nugget of information can ruin everything.

Of course, the very idea of having something “ruined” for you is a common one. You can have a show or sporting event ruined by spoilers, it can be ruined by the Internet overhyping or fan theorizing, or sometimes it can be ruined because of the people involved or how controversies are mishandled.

But the Internet has a way of ruining what’s most precious to us, and it can often go beyond reports that the cast didn’t quite get along as well as you’d like. Some of the most iconic movies of the past century were riddled with drug use, animal cruelty, and dangerous environments for some of its child stars.

Can you see any of these the same way again?

1) The Adventures of Milo and Otis

Originally released in Japan as Koneko Monogatari in 1986—a U.S. release, with some narration from Dudley Moore, came out in 1989—The Adventures of Milo and Otis is the story of a cat and dog who become best friends and go on many an adventure. It’s a favorite with younger audiences. However, the film has been dodging allegations and rumors of animal abuse and cruelty for years.

Various claims came out when the film was released, most famously that up to 20 cats had been killed during shooting (one site claims 27) and some believe that a number of dogs died as well; one claim alleges that at least one cat’s paw was purposely broken in order to make it unsteady on its feet. With many of the scenes depicting the main characters in dangerous or stressful situations, many believe that if they weren’t harmed physically, they at least suffered emotional or mental harm. The American Humane Society looked into the allegations of animal cruelty, and it later came up empty-handed.

The film’s closing credits inform audiences that “The animals used were filmed under strict supervision with the utmost care for their safety and well-being,” but some critics are quick to point out it mentions nothing about no animals being harmed.

It’s just one of a long list of films full of animal cruelty allegations, including an Oscar-nominated film and something filmed as recently as 2006.

2) The Land Before Time & All Dogs Go to Heaven

The Land Before Time launched an entire franchise of films (most of them direct-to-video sequels), but Judith Barsi, the original voice of Ducky and Anne-Marie in All Dogs Go to Heaven, didn’t get to see it. She and her mother, Maria, lived a life full of physical and mental abuse at the hands of her father, József, who would regularly threaten to kill his wife, his daughter, and himself. An investigation by Child Protective Services was closed soon after it started.

József eventually followed through on his threats on July 25, 1988, shooting both Judith—then only 10—and Maria. He then set the bodies on fire before killing himself.

Jeffrey Jones, best known as the principal deadset on catching Ferris Bueller in the act, pleaded no contest to paying a 14-year-old boy to pose for sexually explicit photos. Sentenced to five years’ probation and forced to register as a sex offender, he’s been arrested twice more for failing to update his sex offender status in Florida and California.

That P.L. Travers, the author of the books which served as the basis for the beloved film Mary Poppins, was hesitant to let Walt Disney (who doesn’t have such a warm reputation) turn her books into a movie is now well-known, thanks to the recent film Saving Mr. Banks starring Tom Hanks and Emma Thompson. But that story didn’t end as happily ever after as the film implied—nor did the author end up happy with her own adaptation.

Disney finally gained the rights to Mary Poppins after courting Travers for 20 years, and she was given script approval, but she didn’t approve of much of what ended up in the movie. In particular, she didn’t like Julie Andrew as Mary Poppins because she was too pretty, and she didn’t want there to be animation, but Disney told her she didn’t have film editing rights. She constantly contacted the studio during production to attack the director and producers and voice objections.

Yes, she cried at the movie premiere—which she wasn’t invited to—but not because she was relieved. By the end of the film, she was crying in anger and frustration and still insisted that Disney take out the animation. Travers later got the last word by insisting in her will that nobody connected with the movie could have anything to do with a live version of Mary Poppins and that the author of any stage adaptation had to be British.

Marine Jahan did almost all of the dancing in place of Jennifer Beals, but the people who originally saw the movie in theaters wouldn’t know. She wasn’t credited at the beginning or end of the film, which Paramount said was due to shortening the credits, and she was kept away from the press after Flashdance’s release to give the impression that Beals was a talented dancer. By the time people found out that Beals didn’t perform the complicated dance moves, many of them felt deceived, and stunt dancers are now credited in films.

The Coreys—Haim and Feldman—were two of the biggest teen stars in Hollywood during the ’80s, but it was an era rife with drug abuse and sexual exploitation. In Feldman’s memoir Coreyography, he wrote that both he and Haim were given drugs, sexually assaulted, and sodomized by older men during the filming of their first film collaboration, The Lost Boys. Furthermore, Haim revealed to Feldman that he was raped on the making of Lucas, and the man who did it is “one of the most successful people in the entertainment industry, still making money hand over fist.”

Haim’s struggles with drug addiction, which may have started on the set of The Lost Boys, lasted for the rest of his life, with 15 stints in rehab before his eventual death by pneumonia in 2010.

Director Victor Salva sexually molested the 12-year-old star of his feature film directorial debut and filmed the encounters. He ended up pleading guilty to five felony counts—including procuring child pornography, oral sex with someone under the age of 14, and lewd and lascivious conduct—and served 15 months in prison.

His past followed him throughout his career, with the victim going public years later and encouraging people to boycott Powder, a film Salva made with Disney. His latest movie, Dark House, came out in March.

The Cowardly Lion’s costume is an iconic one, but it wouldn’t have been made from the same material nowadays. Several copies of the costume were made throughout the shoot, and they were all made from real lion skins. One version came from a recently deceased lion, which soon produced a potent odor, but other versions were made from lion pelts, all at the expense of at least a few lions.

In other costume controversies, original Tin Man Buddy Ebsen was replaced by Jack Haley after suffering an extreme allergic reaction to the aluminum powder in the makeup.

Furthermore, many viewers have alleged that one of the little people who portrayed a munchkin hung himself on set, but others blame the mysterious shadow in the woods on birds or other environmental factors.

It’s common knowledge by now that many of our favorite fairy tales turned Disney movies are childhood ruiners in their original form; for example, Ariel, faced with killing the prince she falls in love with, chooses to die instead. But not only does Pocahontas end unhappily; it’s also historically inaccurate.

Sure, she may save John Smith from death, but according to the Powhatan tribe, Pocahontas, who was born with the name Matoaka, would’ve only been about 10 or 11 at the time (and the alleged events might not have actually happened). At 17, Pocahontas was kidnapped and held hostage at Jamestown while making a visit to the town, and she later agreed to marry John Rolfe as part of her release. Renamed “Rebecca Rolfe,” she was eventually taken to England, where she was used as a propaganda to gather support for the colonies in America (instead of negotiating for peace like the sequel suggests). She died there at the age of 21.