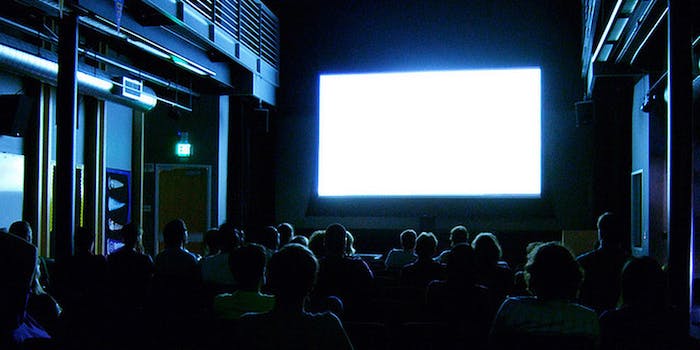 Can you guess these 5 films by their IMDb parental warnings?

Objects in the parental guidelines are less dramatic than they appear.

There are some films kids definitely shouldn’t see, but for those on the fence, IMDb has handy parental guidelines that can help you make a decision. Or at least have you laughing at how blandly people describe instances of snorting cocaine off someone’s butt.

IMDb allows users to input their own specifics, issuing a strong warning for going with facts instead of personal opinions:

Since the beliefs that parents want to instill in their children can vary greatly, we ask that, instead of adding your personal opinions about what is right or wrong in a film, you use this feature to help parents make informed viewing decisions by describing the facts of relevant scenes in the title for each one of the different categories: Sex and Nudity, Violence and Gore, Profanity, Alcohol/Drugs/Smoking, and Frightening/Intense Scenes.

This, of course, leaves for very cut-and-dry descriptions of films that make them almost unrecognizable except to perhaps the most well-trained film buff. Can you figure out which blockbuster films these parental warnings are describing? It’s harder than you think.

“The movie has startling scenes and disturbing images. A woman’s hand is slammed against a door and further aggravated later on. The film’s climax involves intense violence and hallucinations.”

One scene of a topless woman in bed. Her breasts are visible from various angles. Sex is implied, and there is some some passionate kissing.

When detective goes to visit the doc for postmortem, we see a dead man’s genitals for a few seconds. Pubic hair can clearly be seen.

Film opens with photographs of a man and woman partially clothed in many sexual positions.

A man’s nose is cut open, blood is shown, but he quickly covers it. This scene may be painful to watch.

Some fistfights, including characters being beaten up and thrown against walls.

There are 2 F-words, there are also some mild racial stereotyping by the characters. Also God’s name taken “for Christ’s sake”, “son of a bitch”, “asshole’.

The entire movie is fairly intense. Many characters are threatened.

Many sex scenes throughout with grunting and thrusting — often with female nudity. Female breasts, buttocks and vulvae (some are shaven, some have pubic hair) are shown throughout the film. There is also male nudity, but it’s less frequent.

A man snorts cocaine off a woman’s bare breasts, and from what seems to be her anus.

A husband and his wife argue bitterly, she hits him in the face and he hits her back. Later, she tries to hit him again, and he then punches her in the stomach and leaves her lying on the floor.

The film also portrays characters drinking alcohol in many scenes.

Answer: The Wolf of Wall Street

Almost no violence until the last 20 minutes.

Explicit language is used throughout, specifically “fuck”, which is said around 143 times and in some cases is paired with “mother”.
Tobacco use is ubiquitous.

A man rapes another man. No nudity, but he is seen thrusting into him for 4 seconds.

Two men are shot in an apartment. We see mild amounts of blood.

Characters are seen smoking (both tobacco and what may be marijuana) and drinking throughout.

A woman is seen with a bong.

The interiors of a blood-covered car are shown for some time, and a bloody body is briefly seen from a distance.