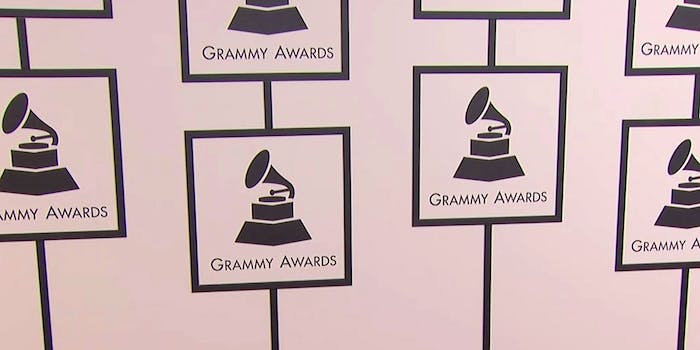 The 15 most important moments from the 2014 Grammy Awards

Miss the Grammys? We have you covered.

6) Sir Paul McCartney was surprised by his win for Best Rock Song with Dave Grohl.

7) The crowd got into the most energetic performance of the night from Kendrick Lamar and Imagine Dragons.

8) Ringo and Paul, together again.

9) Bruno Mars did a little dance on his way to a Grammys win.

10) “I was a highwayman. Along the coach roads I did ride.” —Willie Nelson

11) Stevie Wonder and Daft Punk teamed up for a rare performance together.

12) “Royals” took home the title for Song of the Year.

15) And 33 couples tied the knot in a touching live ceremony.

GIFs and illustration by Jason Reed and Fernando Alfonso III