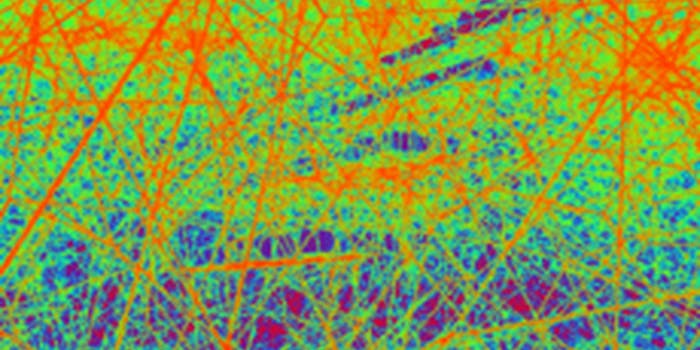 The Morning GIF: This is your brain on drugs

Either that, or psychedelically rendered spider webs.

The title on the Rainbow Hands Tumblr is “Spider Webs – No Doubt,” the title of a major 1995 hit from a major band, one that formed back in 1986 and is still performing and releasing albums. Yes, at least one ska band made it big.

The great thing about abstract art, however, is that titles may or may not relate to the actual visual content of the artwork in question.

On the other hand, this may be your frontal cortex neurons this morning. Our condolences.