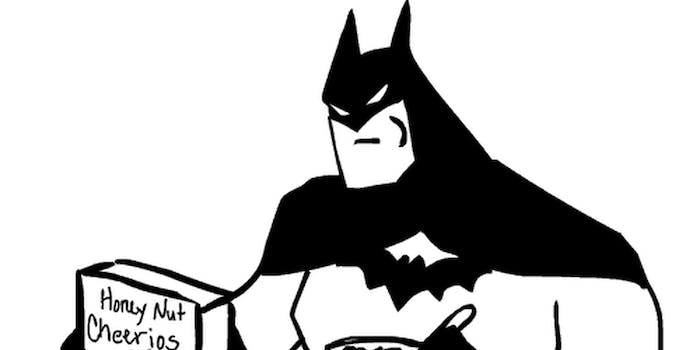 The latest in Sarah J’s ongoing series of Ordinary Batman Adventures finds our superhero at the breakfast table.

Enjoy the latest from Tumblr artist Sarah J’s ongoing series of Ordinary Batman Adventures in which our superhero swings in a tire swing, cleans a litterbox, advances menacingly upon a urinal, fishes in saucy hip waders, and even reads the back of a cereal box. Batman truly is everyman. In a spandex costume.

No matter how ordinary the adventure may be, the popularity of these posts is out of this world. This one collected 1028 notes in a scant four hours.