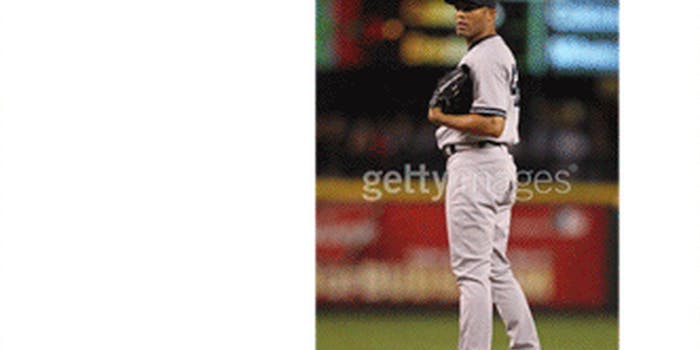 It’s not easy to surprise a professional GIF hunter, but creating a new art form within the medium of the GIF itself? That’ll do it.

This image of New York Yankees pitcher Mariano Rivera from  last September combines the clear, smooth graphic animations of GIFs with the best aspects of old-fashioned flip books that have delighted kids since 1868. It’s a series of fast-action shots from Getty photographer Otto Greule, Jr. that looks as if a bunch of fans were just tossing their baseball cards on the table and they magically came to life.

Would we be wrong in saying we find the watermark to be endearingly amateurish? This really represents the best aspects of fan-made art: It’s spontaneous, time-consuming, highly focused, and of essentially no commercial value, however charming it may be.

MLB certainly has its fans, but we are fans of the fans who create little works of art like this. Judging by the 308 notes it has on Flip Flop Fly Ballin’ Tumblr, we’re not alone.