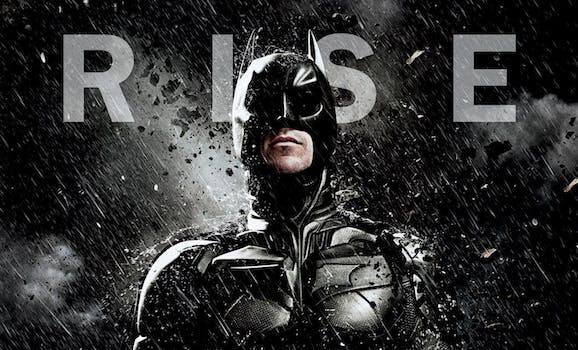 The legend ends June 20. Until then, enjoy this magnificent, promotional GIF.

If it seems like The Dark Knight Rises, the latest movie in the Batman franchise, has been “coming soon” forever, that’s because it has. Starting last fall and continuing with remorseless acceleration since, the slickest of Hollywood promotion machinery has gradually cranked into top gear, and over the past month it’s accelerated into warp nine—even on Tumblr.

With 3,657 notes in just under an hour, this Dark Knight Rises GIF, marketing though it may be, is a true phenomenon.

With artistic renderings of Batman and his foes Bane and Catwoman, it asks that visual question: What makes these people different from one another? What makes them the same?

While it’s common for Hollywood to conflate the superficial and the profound, it’s unique for a studio to release a GIF in this way. It marks, as far as we’ve seen, the first use of a studio-approved GIF in the marketing of a mainstream blockbuster.

You may have to wait another whole month before seeing the real thing, but in the meantime, this massive and magnificent GIF should give you a satisfying foretaste.