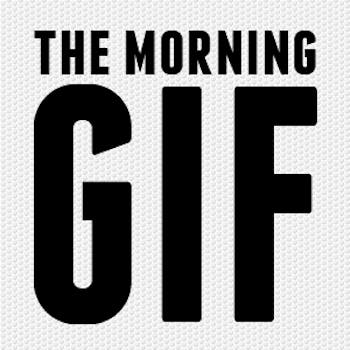 The image-board Canvas is the newer, more refined version of Christopher Poole’s 4chan—and a melting pot for GIF images.

Every day Canvas’ GIF subsection, one of the largest on the site, is flooded with mostly
re-posted images. That was the case Tuesday night with a handful of GIFs of Santa’s reindeer made the rounds. Thanks to one diligent Canvas user, credit was tracked down to artist and Tumblr user Mel Roach.

The GIF of Dasher dancing strangely received a handful of “LOL” stickers on Canvas and two audio remixes. It was even a bigger hit on Tumblr, where it received more than 16,000 reblogs, comments, and likes.