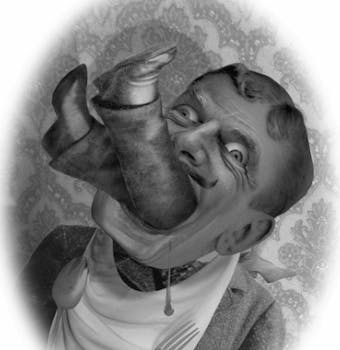 This limerick will make you cry uncle.

Colin Raff of Zbags is the dark and twisted Dali of Tumblr, with one foot in the Twilight Zone and the other down the rabbit hole, one eye on the horizon and the other on the 19th century. He’s a bit twisted, as anyone would be trying to maintain that posture.

But it certainly allows him to see the underbelly of human nature very clearly, despite the species’ attempts to keep its less attractive bits well-covered. From where he stands, in fact, he can see your great-uncle and also see exactly what it is about him that’s creeped people out all this time.

And then he GIF’d it, and turned it into a gruesome limerick. As one does. Mystery solved. Now the only mystery is how did he know your family secrets? How did he know?