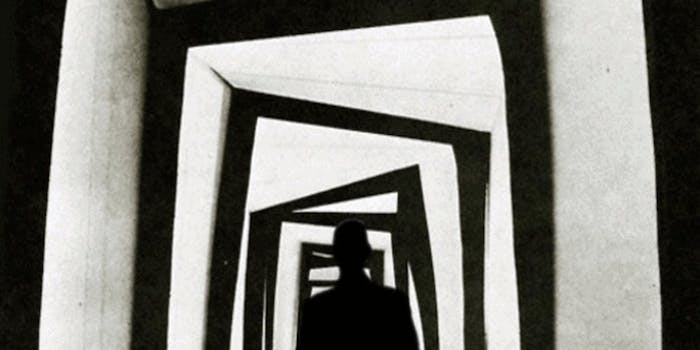 The Morning GIF: “The Cabinet of Doctor Caligari”

Dr. Rev. ΘZNΣΘ™ is not your average GIF artist.

First of all, he has a trademark! Secondly, his work is always interesting and usually strikingly composed in high-contrast, with an existential point to make.

One of the best examples of his work is this GIF, which contrasts the studied nonchalance of a John Steed silhouette and the psychotic interiorscape of the German Expressionist silent film, The Cabinet of Doctor Caligari, to stunning effect.

Who will win: the self-possessed every man or his tumultuous surroundings? It’s a question that’s clearly resonated on Tumblr, as 1,832 people have made notes on this particular post.