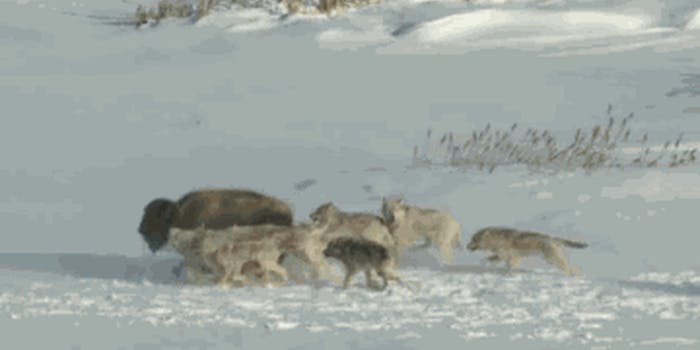 This riveting chase scene comes with a surprising finish.

That’s what the comments on this GIF say, and who can blame them? The images come from BBC’s “Frozen Planet,” probably the most mined-for-GIFs television series in history—and with good reason.

Here, a wolf pack stalks a buffalo herd, and startles it into stampeding. They’ve separated out a weak member of the herd and are patiently attacking, bit by bit, confident in eventually taking it down when … well, we’ll let you see for yourself.

It’s had more than 252,251 views on Imgur, and we’d bet good money that every one of those people’s jaws dropped open at the devastating denouement.