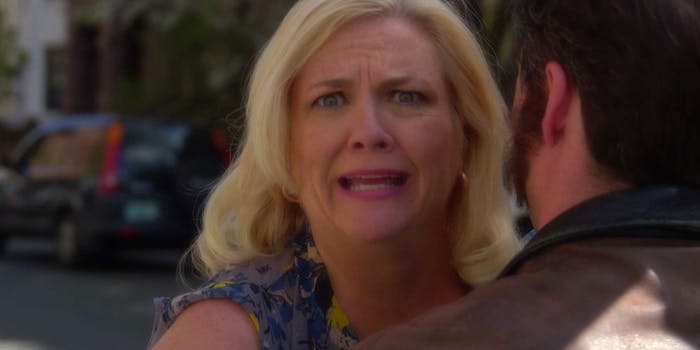 Your mom probably wants to do dirty, dirty things to Wolverine

Your mom doesn't want brunch: She's hungry for some H.J.

You might be scrambling because you just realized it’s Mother’s Day on Sunday and a Chili’s gift card isn’t going to cut it (again). But according to this new clip starring the great Paula Pell (SNL, 30 Rock), your mom doesn’t need flowers or a new robe. She needs a handful of H.J.

Yes, apparently all moms want to bone Wolverine, a.k.a Hugh Jackman, and that’s the only thing they want this year. Seems like he might have some free time soon.

“I’m glad he can regenerate because I’m going to fuck him apart.”

“I just want to serve him a home-cooked meal. I hope he likes pussy.”

So on Sunday, don’t forget to ask your mom if Wolverine dong is right for her.