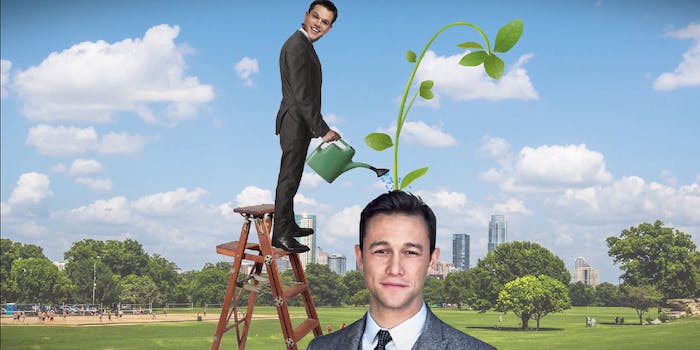 ‘Inception’ gets even more complicated when explained by a mom

Thank goodness Leonardo DiCaprio wasn't playing the main character. Then it might have really sucked.

Inception, Christopher Nolan’s notorious mind-bending sci-fi/heist/fantasy/romance/thriller… thing… may have been one of the biggest films of 2010, but it’s lived on primarily as a cultural in-joke to describe something that may be more complicated than it actually is. If you didn’t get Inception (sorry, Troy) then you’re free to be mocked, or at least lovingly teased in any number of the endless parodies of the film that have been released in its wake.

But what if you somehow missed the film’s moment in the pop culture zeitgeist? What if you’re one of the few who never saw it at all? Odds are that if that describes you, you’re probably a mom who’s too busy with mom things to worry about making sure you track Leonardo DiCaprio’s dramatic progress toward winning an Oscar by playing men suffering from the loss of beautiful women who may or may not be deluding themselves.

The concept of a mom who knows nothing about Inception leads us to an interesting query: If you take away the hype, the pseudo-intellectual comparisons to Darren Aronofsky, the cult of Reddit fanboys, and the fangirls lurking in the corners writing Batman and Arthur/Eames fanfic, is a Nolan film still a Nolan film?

YouTuber Joe Nicolosi, better known by his channel name pixelspersecond, decided to find out. It’s clear that Nicolosi, known for his creation of “sensible” horror films, has a sensible mom in his life. Last year he brought us The Matrix Retold by Mom, in which she hilariously recapped the plot of the 1999 cult classic. Now he’s brought his mom onto the Nolan beat. How does Hollywood’s golden film, which won four Academy Awards and was nominated for Best Picture, stack up against one mom’s opinion?

Not too well, as it turns out. After summing it up as “tedious,” Mom recasts poor Leo as Matt Damon. (No, Mom, that’s the other bland likeable actor from The Departed with a tendency to play characters messed up by the deaths of their European soulmates.) Despite this flub, she gives a pretty accurate summary of all the events in the film, with a free lecture on NSA surveillance thrown in—until she suddenly throws a plot twist into the works by mentioniong “all the women” in the film.

There were more than two women in this film? On screen? At the same time?

Maybe it’s time to rewatch this film for the 18 billionth time to see what we missed.