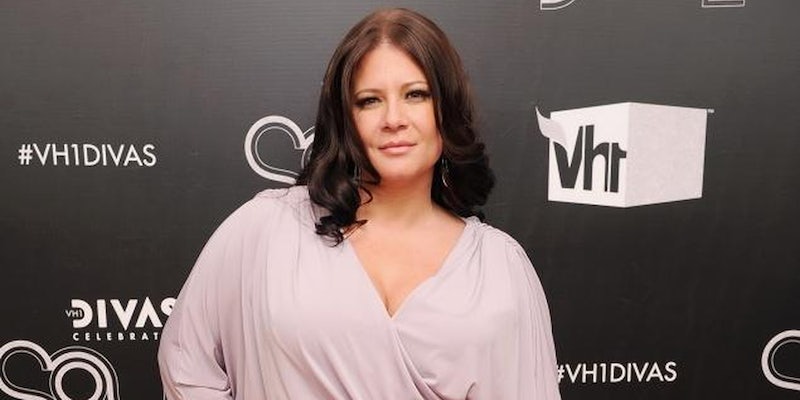 How much does it cost when art imitates life too closely?

Karen Gravano, a reality television star and daughter of New York mobster and informant Sammy “The Bull” Gravano, is suing the makers of Grand Theft Auto V for $40 million.

Gravano claims her “image and life story” was used by developers Take-Two Interactive and Rockstar Games in the game without her permission, reports the New York Daily News.

A former star of the VH1 reality show Mob Wives, Gravano says the GTA character Antonia Bottino is based on her life. You can check out Bottino here:

In the game, Bottino’s mob boss dad becomes an informant and forbids her from starring in a reality television show called “Wise Bitches.” Sounds familiar.

Rockstar and Take-Two have refused to comment on the matter.

Gravano is seeking $20 million in compensation and $20 million in punitive damages, which is really weird because anyone who has seen her on television knows she doesn’t usually pick outrageous and unwinnable fights just for attention.