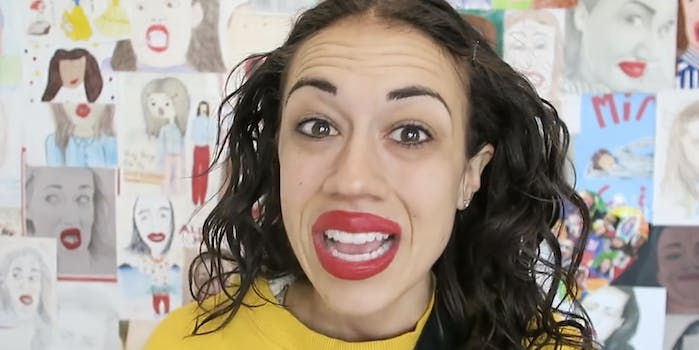 'Haters Back Off' gets an eight-episode order.

YouTube’s favorite lipstick-smeared comedian and songstress Miranda Sings will make the jump to Netflix with a new scripted series in development with the streaming network.

Miranda Sings, real name is Colleen Ballinger-Evans, will partner with Netflix for Haters Back Off, a half-hour sitcom following an talentless star on the rise. She announced the series on her own YouTube channel with a vlog titled, “I’m Pregnant!”

Netflix has given Ballinger-Evans an eight-episode order for the series. This is not the first network that’s given a chance to a YouTuber. Grace Helbig helmed a weekly talk show for E! last year, and the RocketJump team recently finished an eight-episode stint on Hulu.