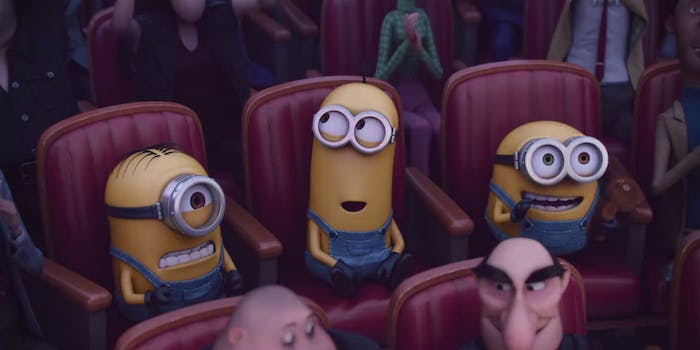 They're the bane of their employers, literally.

Pesky heroes are the least of a supervillain’s worries when they’ve got the Minions on their payroll.

The simplistic and lovable yellow creatures have been searching for a supervillain for millions of years, but before they found Gru in Despicable Me, they spent a lot of time accidentally murdering their own employers. It’s rather unfortunate, really.

Like the first trailer, this look at Minions illustrates their history, but it unfurls the plot even more: Hired by Scarlet Overkill, they’re tasked with helping her steal Queen Elizabeth’s crown and taking over the world. As you can imagine, she’s in over her head—not from any of the authorities who could stop her, but rather the very creatures she recruited in the first place.

Minions will be released July 10.