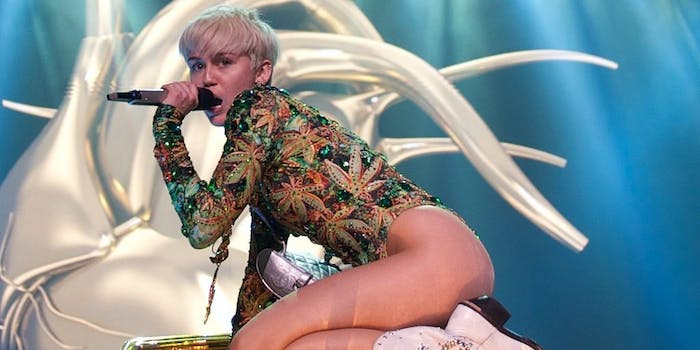 Just as it was predicted in the Book of Revelation.

Had Cyrus’s take on the song been terrible, this story would be relatively simple: ?Pop Tart Releases Hideous Zeppelin Cover, Should Be Ashamed Of Herself.” However, there’s a problem with that narrative. The young woman who spent much of the past year embroiled in controversy over having the temerity to teach people over the age of 40 what twerking was actually does a mean Robert Plant.

The following is basically how the Internet is going to react to this: