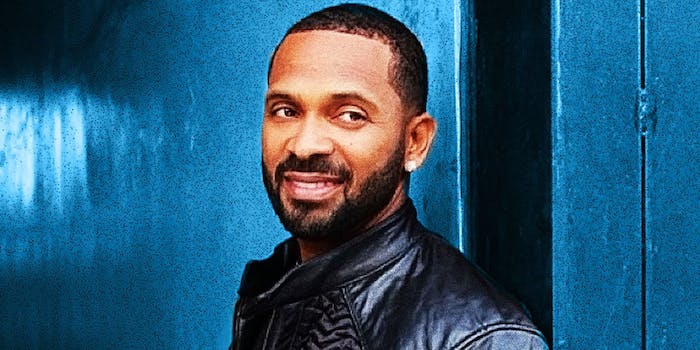 We've found the most perfect use of the side-eye emoji.

Comedian Mike Epps just learned the hard way that social media isn’t as private as he might have hoped—as did his wife.

On Aug. 15 Epps tweeted at ceciCitra, who had earlier tweeted about spoilers online. This caught his eye, and he immediately asked if she had Instagram and asked for her to DM him.

A few days later, Epps’ wife, Mechelle, caught wind of the exchange and sent him just a single, pointed emoji.

Epps deleted his interactions and blocked Ceci. She’s been making the most of the situation by joking around and offering to tweet out mixtapes for aspiring rappers because of all her newfound attention.

Now retweeting mixtape links! Take advantage of this limited time offer to be retweeted by CeciCitra- as seen on Bossip, Complex and BSO

Meanwhile, the Internet exploded in memes celebrating the interaction.

Epps is set to release several upcoming projects, including playing Uncle Buck in remake of the 1989 TV series of the same name, taking part in a Fifty Shades of Grey parody film called Fifty Shades of Black, as well as portraying iconic comedian Richard Pryor in Nina.

Hopefully with this incident behind him, he can stick to being a source of comedy on the big screen instead of online.