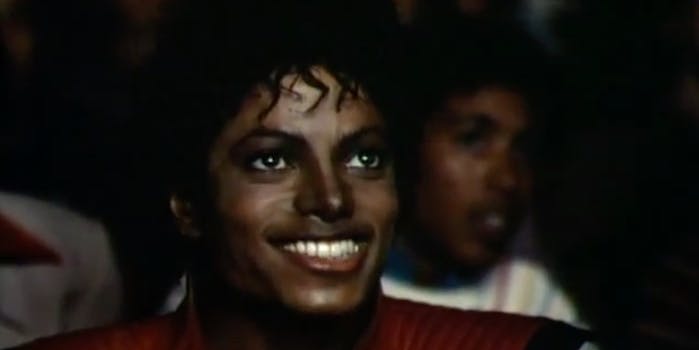 In honor of its 33rd anniversary, Michael Jackson‘s Thriller, the best-selling album of all time, will be free to download through Google Play from Nov. 20-27.

Google‘s version of the album includes a home demo of “Billie Jean” from 1981 in addition to hits like “Beat It” and “Wanna Be Startin’ Somethin’.”

The free release is reportedly a promotional move on Google’s part to remind people that its music store exists, and the company couldn’t have picked a more popular album to share. Thriller ended up winning eight Grammy awards when it came out in 1982, including best album, and seven of its singles reached the top 10 in Billboard’s Hot 100.