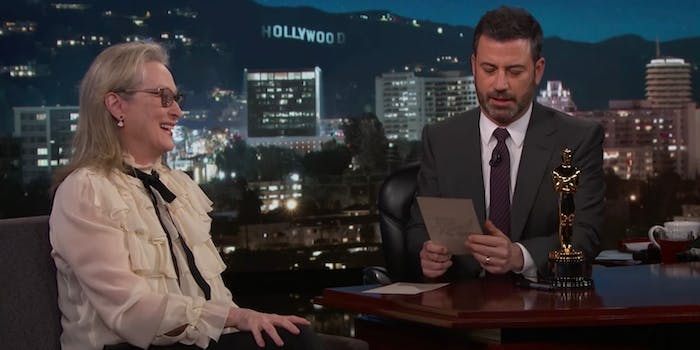 Meryl Streep has been nominated for a record 20 Academy Awards over the course of her decades-long career with the possibility of a 21st acting nomination arriving next week for her role in The Post. And while we might not be able to name all 20, it turns out that Streep can’t either.

She’s put on the spot as Jimmy Kimmel tasked her with naming all 20 movies that got her nominated for an Oscar in just 60 seconds. The prize is another Oscar, which Kimmel—who’s hosting the Oscars this year—just happens to have under his desk. No pressure, right?

Streep names more movies than most of us probably could, but even she has a Meryl Streep film in mind that should’ve been nominated but wasn’t. There’s always next year.