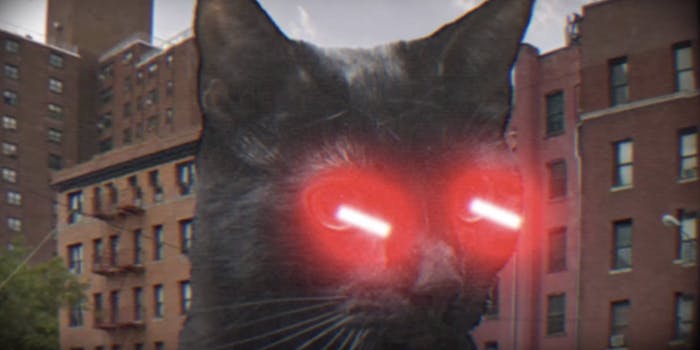 Watch out for those lasers.

Last month, Run the Jewels finally dropped the album of the year: Meow the Jewels, the crowdfunded album made up entirely of cat samples.

What started off as a joke last year turned into a fully funded Kickstarter project, as they blew through the $40,000 goal and ultimately raised more than $65,000 for the project. Run the Jewels, the duo of El-P and Killer Mike, finally made good on their promise of a cat-sampled remix album and now we have the first video for “Oh My Darling,” which shows cats terrorizing a city.