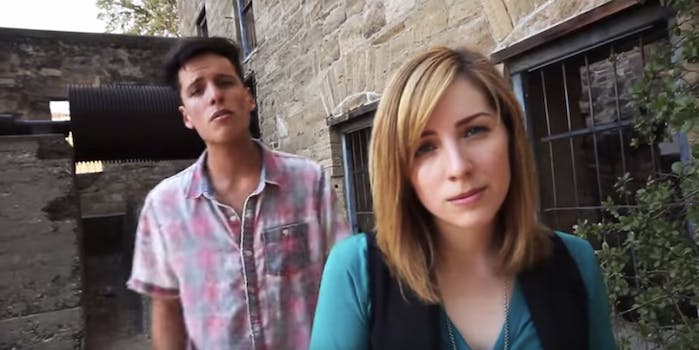 Strawburry17 flashes back to her Owl City viral cover in celebration.

Becoming a millionaire is cause for celebration, and when you’re a millionaire in terms of YouTube subscribers, a tribute video is the perfect party to throw.

YouTuber Meghan Camarena hit the milestone this week and decided to treat her fans to a flashback to her most popular video to date, a lip-sync cover of Owl City’s “Vanilla Twilight,” which exploded for Camarena back in 2009.

In addition to her subscribers, Camarena gives special thank to her brother, who appears in both the original “Vanilla Twilight” video and the remake. She also brought back the video’s original director for the remake.

The video pays homage to her eight years on the platform, with throwback clips to defining moments. Camarena is known off YouTube for two appearances on The Amazing Race with fellow YouTuber Joey Graceffa. Camarena runs her Strawburry17 channel like a TV network, with shows released during traditional seasons. Up next for fall Camarena will bring nerd-themed cooking shows, video game shows, and toy videos.