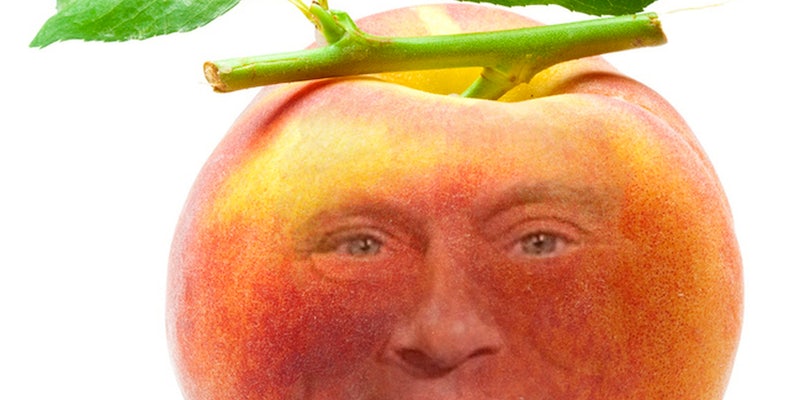 Be careful what listicles you ask for, because you just might get them.

Internet glass display case BuzzFeed proved this week that they can make a listicle out of absolutely anything.

Pretty much all of John’s ideas—which included “The World’s 13 Laziest Salmon,” “9 Bras Shaped like Waffles,” and “8 Frat Boys Screaming at Librarians”—fit right into BuzzFeed’s wheelhouse..

So, BuzzFeed, being BuzzFeed, responded in list form. They created a special page to bring John’s suggestions to life and created nearly 20 listicles. Some of the suggestions, like “10 Peaches that Resemble Pat Sajak” would seem impossible to create, but BuzzFeed found a way. On that list, they Photoshopped the Wheel of Fortune host’s face onto ten peaches.

The lesson here is “don’t challenge BuzzFeed to a listicle-off.” With a little rubbing of the Listicle 5000 Machine, they can make any listicle magically appear. (And some of them might even be sponsored!)

Here are our five favorite listicles suggested to BuzzFeed by McSweeney’s:

Watching the entire series should be recommended for any political candidate—or political science major. And wasn’t Lorelei’s mother the best?

A big, cow high-five to whoever thought of “how dairy you look at me like that.” That’s udderly clever.

3) 8 Surprising Uses for an Orange

This easily the most servicey of the lists. Why did no one tell me you can insert vodka into oranges? It’s like a screwdriver candy bar!

Let’s not act like you would be totally cool about a peacock staring at you with its beady little eyes, terrifying expansive wingspan, and sharp beak. Those fuckers take no prisoners so these tweets are justified.

1) 16 Beautiful Photos from Underneath a Bed

AVRIL LAVIGNE HAS FALLEN AND CAN’T GET UP. SOMEONE HELP HER.