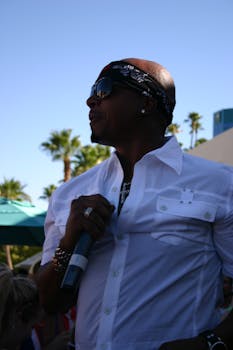 The ’90s rap icon wants to provide a better way to search the Web.

Hammer pants. Leave them on the floor with the copies of Let’s Get It Started and Please Hammer, Don’t Hurt ‘Em. MC Hammer has no interest in revisiting the massive popularity he achieved as an Oakland-based rapper and entertainer in the late 1980s and early 1990s.

Today, the man who invented the phrase “too legit to quit” is focused on another segment of Bay Area culture: the Internet and the ever-changing tech world that centers around Silicon Valley.

“Technology solves problems,” Hammer told the Daily Dot from his home in Tracy, Calif., an hour east of Oakland. “Making life more convenient and more efficient, making our time more efficient, is the best use of technology. Making the moment of entertainment enjoyment more efficient and mobile is adding to the quality of life.

“That’s what excites me about technology; everything from what I just named to the access to information and externalization of knowledge. Being able to have, at your fingertips, the world’s information, all of it, is exciting.”

Born Stanley Burrell, Hammer is now one of the most noticeable figures on the Silicon Valley scene, but his ascent into the tech spotlight didn’t happen overnight. He was an early believer in YouTube, spending time in the company’s office when Steve Chen, Chad Hurley, and Jawed Karim were still hosting videos in a room above a pizza parlor.

A few years later, Hammer advised Salesforce.com cofounders Marc Benioff and Parker Harris on how they should market their site. After that, Hammer posted up with Pandora Radio CEO Tim Westergren and gave him firsthand industry advice before he met with music executives to set up Pandora’s many licensing deals. He just recently wrapped up his stint as chief marketing officer for DanceJam.com, a website that compiled user-submitted dance videos and put them up for viewer rating.

Across Northern California and in tech circles around the world, people have taken notice of the influence that Hammer can have on a project.

“Many folks I’ve met from the talent side have shown passing interest at a transactional level, but have quickly scurried away when there’s no immediate deal with instant payoff to be had,” Tim Chang, a partner at Norwest Venture Partners in nearby Palo Alto, Calif, told Billboard in April 2011. “Hammer has an authentic interest in what’s going on.”

Recently, that interest has taken hold in the form of WireDoo, a search engine that Hammer’s developing with the intended goal of making massive data searches easier for businesses and consumers.

“It’s about having different applications for different enterprises. We’re not just talking about consumer and search. We’re talking about a tremendous amount of data. Take governmental data that’s out there and unorganized and not searchable in an efficient manner. If you see Person X going through various airports at various times, and you have all that data available, why can’t you, at a security level, make all that information available and help the airport become more secure?

“That information is available, but how do you organize and search through it? That’s how WireDoo can be helpful.”

Hammer said that he wants to focus on verticals individually and refine each one until it’s perfect before he moves on to the next. He referenced banking and sports as two verticals that he wants his programmers to develop in the coming weeks and months.

“There’s a tremendous amount of data going on in the world of sports,” he said. “If you go to a certain sports site now, you get a plethora of answers that may not even be relative because that site has not been optimized for someone who’s somewhat knowledgeable and looking for a particular data set of information in order to fill out his fantasy sports roster.