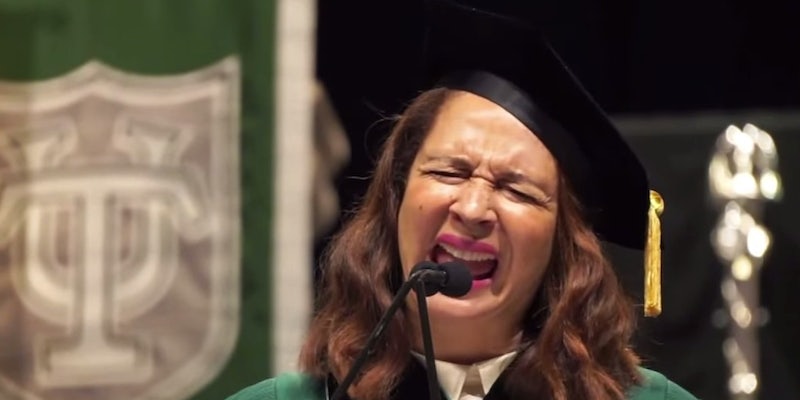 The many faces of Maya.

It was a grand weekend for commencement speeches, as celebs showed up at various colleges to dole out advice about Tumblr and take jabs at competitors. Former SNL cast member Maya Rudolph had a different approach.

At the end of a Saturday speech at Tulane, Rudolph asked the crowd of graduates to rise and take part in the National Anthem. This of course wouldn’t be straight take on the song; Rudolph’s rendition involves her very elastic face and at least a dozen different vocal affectations, including a nod to Beyoncé. And she dips into “Take Me Out to the Ballgame.”

Very much related: this video.