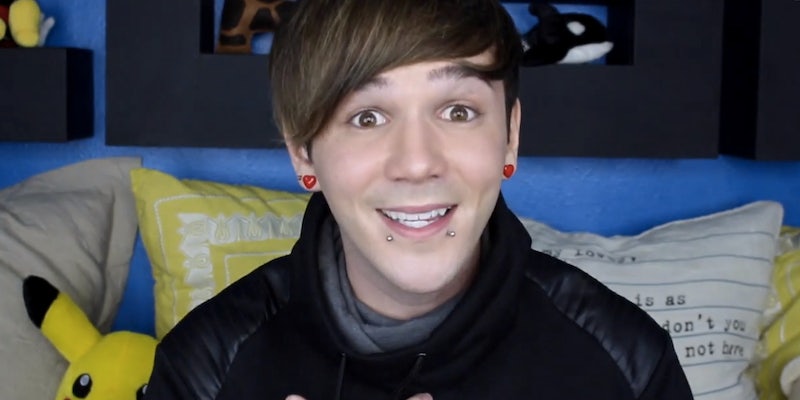 Matthew Lush made a Mean Girls joke, and now he can't fly on JetBlue ever again.

A Mean Girls joke on Twitter got a YouTuber permanently banned from flying JetBlue this holiday season.

Vlogger Matthew Lush said a technical failure on JetBlue’s website booked him on a flight without giving him any notification of the flight. When he tried to correct the error on the phone, an agent named Regina was apparently less than helpful, telling him he’d incur a $150 charge. Lush refused the charge and decided to just take the flight instead of booking a new one.

Frustrated, Lush took to his Twitter to complain, tweeting to his 154,000 followers a joke that played on the agent’s name, the same as the antagonist from Mean Girls, Regina George. Lush also included her employee reference number.

One time Regina treated @MatthewLush badly, I punched her in the face, it was awesome #ByeRegina87346

When he arrived reluctantly for his flight home, he says JetBlue agents stopped Lush, telling him he could no longer fly the airline and escorting him from the terminal for being a “physical security threat.” After rebooking on another airline and heading home, Lush described his plight in a video on his channel and encouraged his 580,000 YouTube followers to boycott JetBlue. He even likened the judgement he faced from the flight crew to his own coming-out experience.

This is not the first time a digital celebrity has gotten in trouble with an airline. Earlier this year, Vine celebrity Jerome Jarre was met by TSA agents when his American Airlines plane landed because of a video stunt that involved him in a Speedo on the plane. Jarre was let off the hook by authorities, and even snagged a spot on Twitter’s trending lists over the ordeal.

JetBlue stands by its decision to bar Lush from flights, in a statement to Yahoo.

The decision to remove any customer from a flight is made after careful and informed decision by local airport officials and flight crew. It’s based on an individual’s actions and our assessment whether further actions during the flight would lead to further disruption or non-compliance with crew member instructions which could lead to diversion and delays for all customers.

However, Lush still has many defenders on Twitter who are banding together under the #BoycottJetBlue hashtag until the airline backs down.