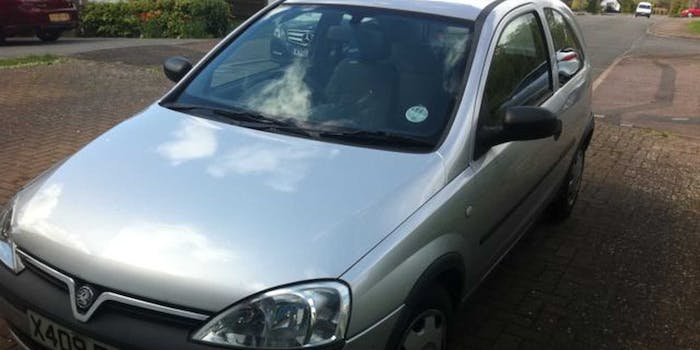 It’s no TARDIS, but you can own the Doctor’s first car

Doctor Who actor Matt Smith is auctioning his 2000 Vauxhall Corsa on eBay for the Starlight Children’s Foundation, which provides entertainment to seriously and terminally ill children.

Smith first bought the car after getting his driver’s license at 18, and it’s in fairly decent shape despite its age, with only 60,000 miles on it. It also has one or two strategically placed bumps and scratches and a “wing mirror held on with gaffer tape,” a feature Smith is particularly proud.

“As my first ever car, it has seen lots of adventures, not to mention a fair few mishaps (hence the dents). I’ll be very sad to see it go but I understand my parents want their driveway back!”

There are still over six days left to place your bid on the car, but if you want to donate to the charity there’s an easier way to do it.