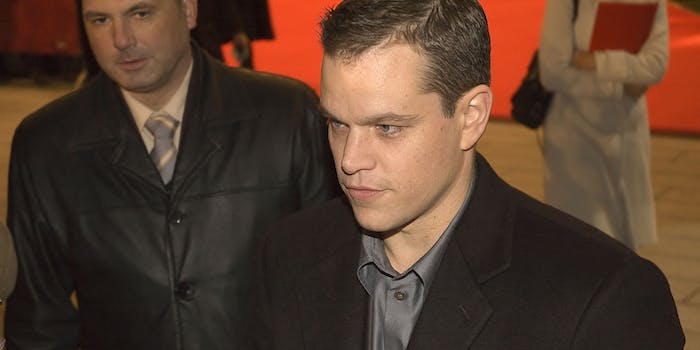 There are 800 million people around the world without clean water. Here's what Damon is doing to help raise awareness.

Even drenched with toilet water, Matt Damon is still charming.

He’s the latest celebrity to take the ALS ice bucket challenge, but unlike the videos from Benedict Cumberbatch and Bill Gates, his comes with a purposeful message.

In a simple video, the actor, who was challenged by both Ben Affleck and Jimmy Kimmel, reminds viewers that he is a cofounder of the water.org foundation, which aims to provide water to the 800 million people around the world who do not have adequate access. Then, in a true form of recycling, he completes the challenge with water scooped out of several toilets in his house.

The only thing wrong with the video? He shot it vertically. What a rookie mistake.