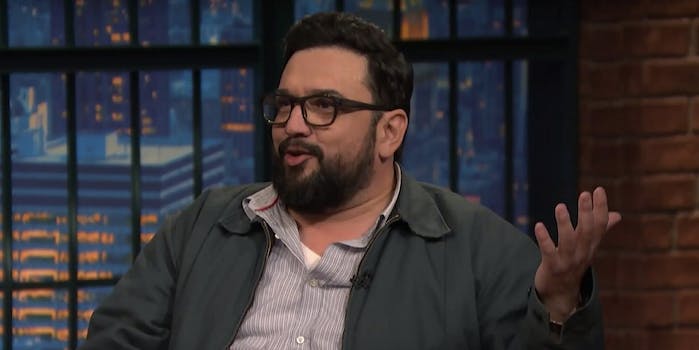 Latino millennials have a new destination for sketch, standup, and comedy in general.

“There is no real hub for high-quality Latino comedy,” Sanz said to AdWeek. “This is going to be a place where people can go to and know that it’s going to be good stuff.”

Broadway Video previously tried and failed to break into the Hispanic market with an SNL spinoff TV show, but Sanz seems to understand that, with over a quarter of millennials in the U.S. being Hispanic, streaming video will have a lot more impact with a younger audience.

“The millennials in Mexico and here in the U.S., they’re not really in touch with comedy on TV as it’s being presented,” he said.

This won’t be Broadway Video’s first dip into streaming video. In addition to Michaels’ TV shows (SNL, The Tonight Show Starring Jimmy Fallon, Late Night with Seth Meyers), Broadway Video produces his Above Average Network of comedy series. With the added support of NBCUniversal Telemundo, which reaches 90 percent of the U.S.’s Hispanic viewership every month, the channel shouldn’t struggle to reach its targeted audience.

Más Mejor’s programming schedule will be released in January 2016, with weekly shortform comedy series in both Spanish and in English set to be featured. New York-based sketch group Room 28, standup comic Gina Brillon (Late Night With Seth Meyers), Vine star David Lopez, and comedian Frank Garcia Hejl have already been announced as collaborators, and Mexico City production studios What a Bear and Lemon Films have reportedly partnered with the network to help produce videos.