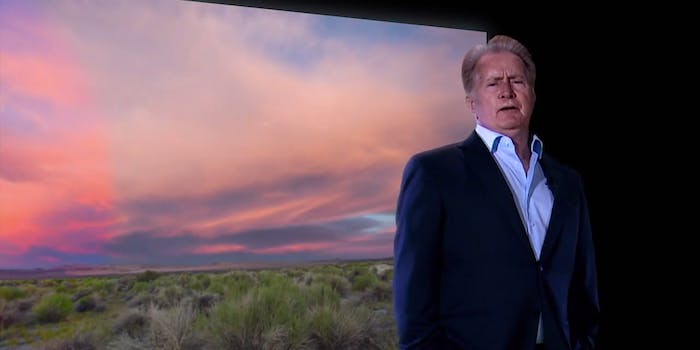 This is a vast improvement over CNN's doomsday video.

CNN may want to have the last word on TV, but it’s a really dull one.

Its doomsday video, created by Ted Turner back in 1980, was supposed to play when the network received confirmation that the world was indeed ending, but John Oliver is not impressed with Turner’s video of a band playing “Nearer My God to Thee.” It’s sad and potentially comforting, but Oliver doesn’t believe that should be the last thing humanity sees.

In his version, Martin Sheen’s soothing voice will lead us to the apocalypse, but he’s also there to remind us that humanity had a really good run before we potentially ruined it with war, disease, or genetically modified dinosaurs.

We shouldn’t just be sad. We should be celebrating what we’ve accomplished, like putting backpacks shaped like animals on those animals’ backs.