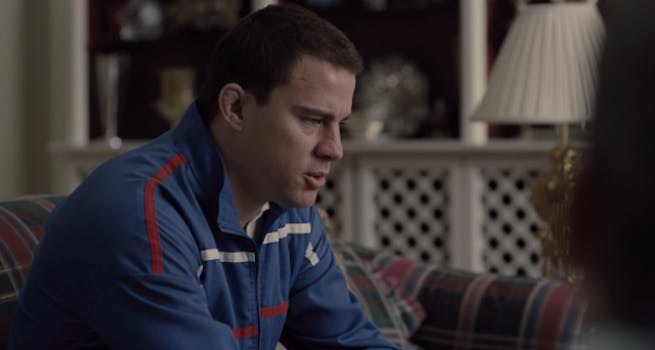 "My story and my life are real."

In the new movie Foxcatcher, Channing Tatum plays Mark Schultz, a wrestler who falls into a dangerous relationship with his coach John du Pont, played by Steve Carell, who is later involved in the shooting death of Mark’s brother, David, played by Mark Ruffalo. All three have received positive reviews for their roles, but it did not sit well with one person close to the film.

The real Mark Schultz took to Twitter and Facebook earlier this week to slam the movie, specifically its director, Bennett Miller, for the portrayal of his character and the implied sexual tension between him and du Pont. Tatum has said in interviews that Schultz helped him shape and guide the character, and Schultz held back any harsh words for Tatum. His invective was reserved for Miller, though several of his more vitriolic tweets, in which he referred to Miller as “scum,” have been deleted. A cherry-picked few remain.

This change of mood is odd, since Schultz has been promoting the film on Twitter for the past month. In a Facebook post yesterday, Schultz apologized for tweeting “out of anger,” but stood by his criticism of the film:

My story and my life are real. I am a real human being. While I may have tweeted out of anger, I in no way regret standing up for myself, nor do I regret calling out the only other man who has had decision making power concerning my image and legacy these past years. I apologize for the harshness of my language, but I am firm in where I stand. I will gladly go to any lengths to protect and safeguard the integrity and truth of my story, my life, my character and my legacy. If that’s not worth fighting over while I’m still alive, I don’t know what is.

With the movie on track for awards season, this is either the best or worst press it could get. Back on Dec. 20, Schultz tweeted this: