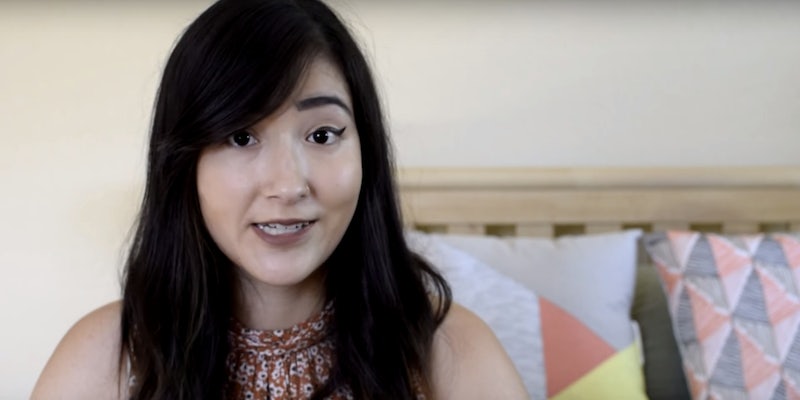 The unapologetic feminism of Marina Watanabe

The tougher the conversation, the more Mariana Watanabe thinks it’s worth having.

Marina Watanabe (Marinashutup) is a Feminist with a capital F. Unafraid to speak her mind about topics that truly matter, she has spent the past three years on YouTube empowering thousands of fans with her candid conversations about mental health, sexism, racism, gender, being an ally to social movements, and breaking down feminist stereotypes.

Originally from Sacramento, California, the 22-year-old college student is on a mission to create a safe space for men and women to share content about the intersectionality between feminism and the other areas of their identity. In her weekly video series Feminist Fridays, Watanabe talks feminism (How Rape Culture Has Evolved Throughout History, Is Feminism Sexist?), contextualizes social issues using pop culture (Can Emma Stone Play an ‘Asian’ Character?, Are the Hogwarts Houses Gendered? ), and shares honest conversations with her audience about mental illness (12 Things Not to Say to Depressed People, I Didn’t Know I Had Depression). Watanabe makes her highly researched and dense videos digestible by infusing them with wit and an overload of sass.

A women’s studies and English double major, Watanabe credits both college and the Internet for giving her identity a name: feminist. And through YouTube, Watanabe is paying it forward.

While acknowledging the role trolls play in her comment section, Watanabe advises others not to let this behavior stop them from creating authentic content. In an interview with Bust, she shared:

“To the feminists who are weary of starting YouTube channels: We need you! It’s unfortunate that feminists receive so much internet hate and negative comments, but that’s all the more reason to keep speaking up. If you let that stop you then the internet trolls get what they want and the best way to fight back is to keep talking.”

Her content is not only essential in combating the offensive commenters threatening to set society back 100 years, but in answering questions well-intentioned viewers are too nervous to ask about complex topics such as race or privilege. Being an ally isn’t something people are perfect at, and as Watanabe shows us in her videos, it’s something that takes both time and a willingness to connect with and better understand others. She’s an incredible example for the younger generation growing up on YouTube, inspiring them to be confident in exactly who they are.

So Marina Watanabe, thank you for using your voice to make YouTube a better place. Next time you’re in NYC, a thousand chicken nuggets on me.