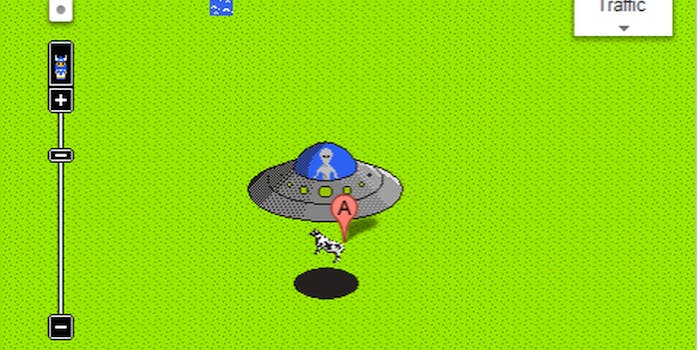 Revealed! Every monster on Google Maps

The Tumblr Map-Monster guides you through the wilds of Google's 8-bit map adventure.

Searching for Dragon Quest monsters and other hidden easter eggs on Google Maps’s 8-bit feature just got a lot easier.

On Sunday, the search giant revealed more than a dozen April Fools Day jokes, one of which let users explore Google Maps as if they were in an old-school video game. The designers sprinkled in various monsters and 8-bit landmarks throughout. This led to a frenzy of people trying to find all of them on Reddit and elsewhere.

So far, Google Maps explorers have found Dragon Quest characters at Mount Etna in Italy, Half Moon Lake in Pennsylvania, and Fuji Mountain in Japan. (Check the map for the other 84 monsters.)

Fans have spotted the Android alien logo placed at Google’s headquarters in California, a Loch Ness Monster in the Scottish Highlands and even an alien abduction at Area 51 in Nevada. Redditor nefarious_intent nicely listed other famous landmarks given the 8-bit treatment.

Unfortunately, Google forgot to place a wine glass over my apartment in Austin.