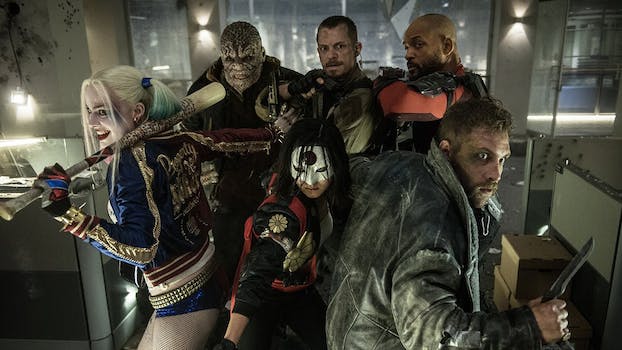 From YouTube to ‘Camp Takota,’ the rise of Mamrie Hart

She's the camp counselor you always wish you had.

Mamrie Hart stands on a small wooden stage opposite a fire pit and welcomes the camper’s parents to visiting day. Unlike her fellow counselors, she wears an authoritative polo shirt and whistle; the rest of them are in green-and-white Camp Takota tees. Hart’s clearly in charge here—onscreen and behind the scenes.

The red-haired host of the YouTube bartending show You Deserve A Drink not only stars in Camp Takota, she helped write the feature-length film, which draws from her own experiences as a summer counselor and co-stars close friends Hannah Hart and Grace Helbig. Mamrie plays Maxine, a woman who is poised to become the camp’s new director—if the camp can manage to stay open.

The Dot visited Mamrie on set during the final days of production to learn more about her big-screen and screenwriting debut.

The most exciting part to me is that you have a writing credit on this movie. How’d that happen?

Yeah, dude! I met [producer] Michael [Goldfine] and we were just shooting the shit, and I told him I’d started a screenplay about a woman whose life falls apart and she goes back to camp. I had about 30 pages written and immediately his eyes lit up, and he turned into the crazy man that he is, because he’s always wanted to do a camp movie.

We started working on it together to take it from my original idea to a three-piece story with three leads. Me and Michael worked on the treatment together, and we brought it in a writer, Lydia [Genner], to do a first pass, because we were on our No Filter tour. Then I got the script back and got to rewrite dialogue and change it however I wanted so it’s really fun.

I know you originally wanted to be an actress.

I moved to New York to be an actress, and I fell into the comedy thing. I’ve been doing live comedy forever and then fell into the YouTube thing, but the original goal was to do acting. It’s a dream to be doing your first feature and to be hearing the words you wrote. It’s surreal.

You guys are sharing a trailer?

Yes, it smells so bad.

That’s what Grace and Hannah said.

Well, OK, originally they were blaming it on me because I very openly took a dump in there.

This all checks out.

But it wasn’t that! It’s the air conditioning unit that smells weird. It was not me! Don’t listen to those bitches. But now it smells because we all are wearing these tennis shoes, and Grace and Hannah’s characters don’t wear socks. And so now it smells like their feet.

I feel like now as a journalist I have to go back to them and be like, “Well, Mamrie says…”

Story checks out. Point, counterpoint. Then, the movie just falls apart, and I refuse to work with them.

Tell me about your character.

My character is named Maxine. Our three characters were best friends growing up at camp, and my character is obsessed with camp. She teaches school during the school year, but she works at camp every summer. This is the summer that the camp director is retiring, and she is going to be passed the torch at the end of the summer if the camp still exists. Spoiler alert!

No spoilers I was told!

They’re very protective. It’s not the new Star Wars film. I’ve been vlogging every day, so I’m pretty sure people will figure it out. Those internet sleuths find everything. It’s amazing.

Plus, we’re in the middle of nowhere. There’s no service here. That’s one of the nice things we’ve found. We’ve become obsessed with our crew, and it’s because we haven’t had Internet so we’ve actually been communicating like real people do. It hasn’t been talking while checking Facebook, so yeah, we’re tight.

And this is based on your experience at camp?

I actually didn’t go to camp. I only was a camp counselor.But I went to a wedding at my summer camp three months ago. I’m in love with the place. It was called Camp Merriwood, outside Asheville, North Carolina. It was an all-girls camp. It didn’t have the same troubles that Camp Takota has. It actually has tons of money. I didn’t go there because I couldn’t afford it.

I went to camp for 10 years. What do you think makes people into camp lifers?

Camp is cultish. There’s secrets, the history of the camp, secret handshakes, and songs you only know if you went to that camp. It’s kind of like a sorority, which is a bad comparison, but it really is such a community and it brings people back. There’s something special.

Well, Michael’s been like, “We don’t have a script yet? Yeah, all right. Let’s make this movie this summer.” And it’s happened. It’s crazy.

It’s awesome too because with the YouTube mentality, if you want to make a video, you just do it. There’s no procrastination in YouTube, which it’s really awesome working with Michael because he’s like, “Oh we’re just going to make it, we’re not going to talk about it.” I’ve spent years before putting on a sketch show, and we made a movie from start to finish in under a year. It’s fucking nuts.

Screengrab via You Deserve a Drink/YouTube