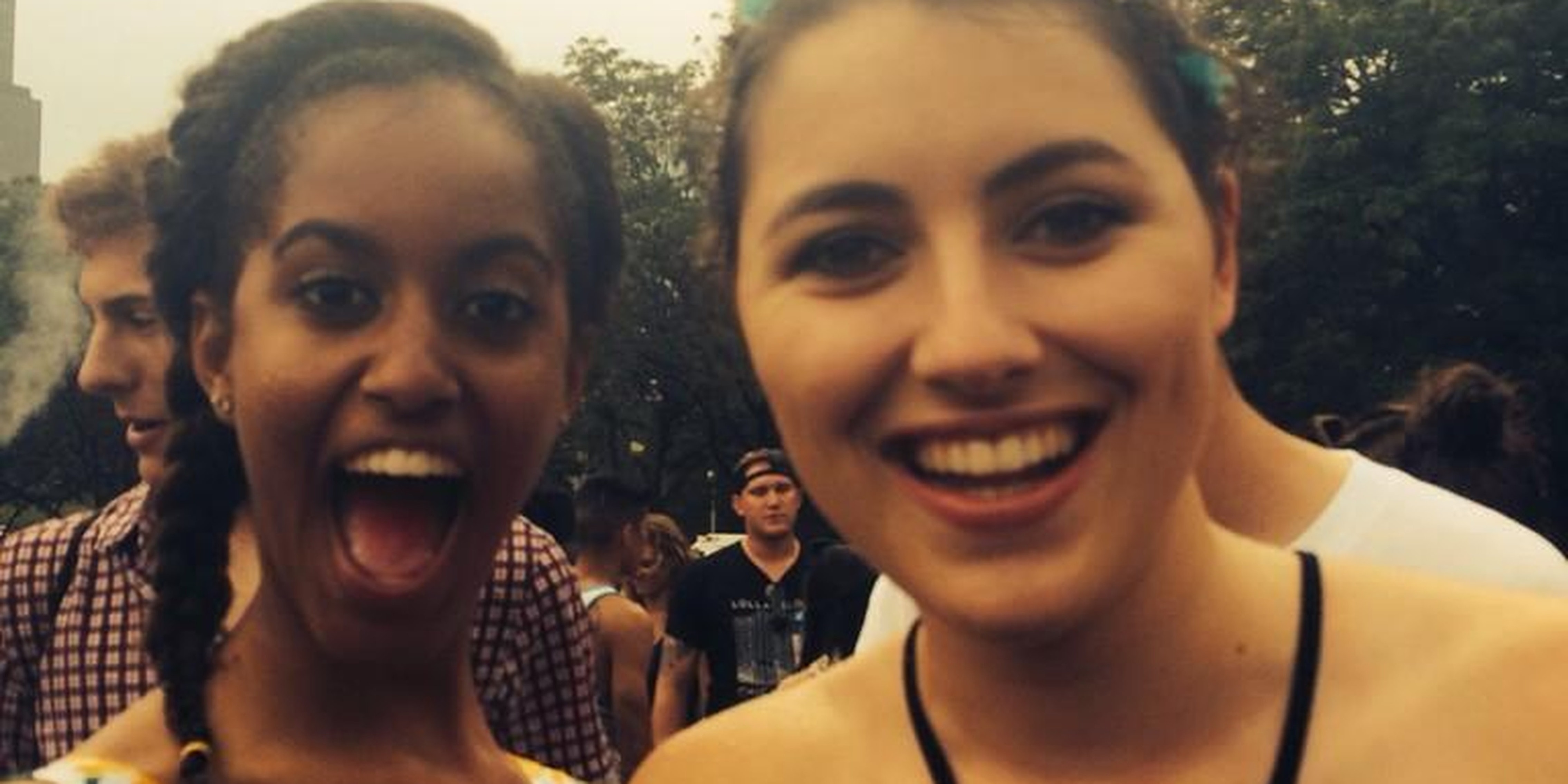 Lollapalooza 2014 got a visit from First Daughter Malia Obama

President Barack Obama can’t even go out for a burger without a hundred aides, Secret Service, and journalists following his every move. But that doesn’t mean his daughters can’t hit up a show once in a while. Such was the case on Sunday night, when 15-year-old Malia Obama attended the final night of Lollapalooza 2014 and took in Chance the Rapper’s closing performance.

According to the Chicago Sun-Times, the first First Daughter, who attended the music festival with three friends, “was flanked by two huge guards, apparently Secret Service agents in plains clothes [sic], who made sure she and her friends—two girls and a boy—had plenty of space to make their exit.”

An investigation of tweets by the Daily Dot found that Malia appeared to be screening her selfie encounters.

The eldest Obama daughter was also spotted dancing at Lorde’s Friday night Lollapalooza performance, where she took selfies in a crowd that looked far too packed for the Secret Service’s comfort.

Emily got a selfie with Malia Obama 🙌🙌 pic.twitter.com/r0iMEPXL7n