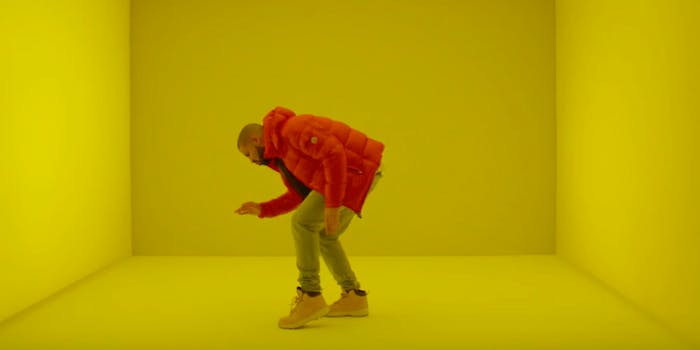 Drake is not one man. Drake contains multitudes.

First the Internet created #DominicanDrake, and we now have Malaysian Drake, who is a man first, and a meme second. In early November, a man allegedly named Munis was “caught” recreating Drake’s awkward dance moves from the “Hotline Bling” video.

Seems like Munis and @Haiikalbenot are just two friends having fun at work, but Munis has since gone viral, being incorporated into the requisite GIFs and memes. This Unilad upload of the video has more than 14 million views. His buddy claims the video was never about fame, though. It’s about Munis and his fans (Munies?) and the bond between them, which has given way to a Facebook fan page.