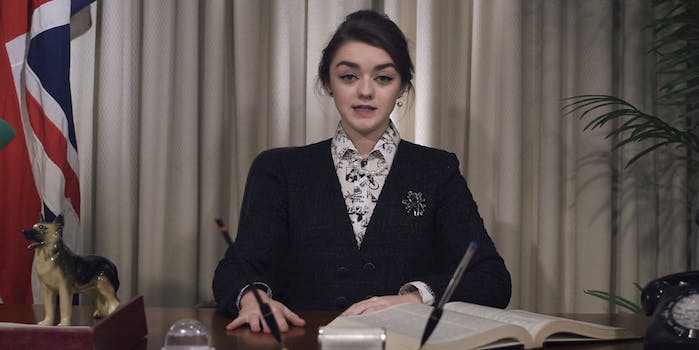 Do what the Stark girl says.

Williams turns 18 in April, meaning she can vote in the upcoming British elections. Her voter video doesn’t play up patriotism, but lashes out at the political establishment for its lack of regard for young voters.

“People have been telling you what to do all your lives,” Williams says in the video. “They think you’re a self-obsessed, selfie stick-waving generation. They’ve counted on that. They’ve kicked your future in the teeth and hoped you wouldn’t notice.”

The video includes a “kill list” of politicians and celebrities, including David Cameron, Boris Johnson, Kanye West, and Russell Brand.

Williams has played Arya Stark since 2011. She’s also set to guest star on Doctor Who in the upcoming ninth season.