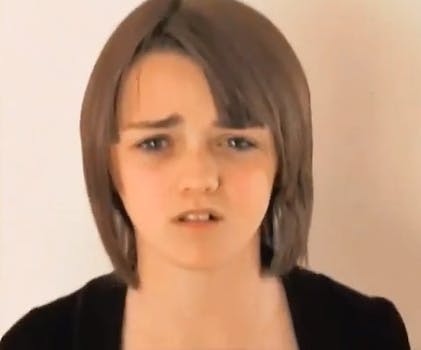 Maisie Williams and Sophie Turner audition for “Game of Thrones”