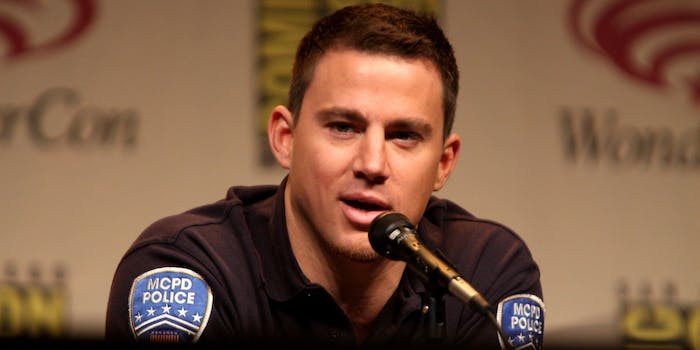 ‘Magic Mike’ sequel is looking for extras to watch Channing Tatum and co. strip for them

It sounds too good to be true, but it's not.

If you watched Channing Tatum strip in Magic Mike and felt as much contempt for the women in the audience as you did arousal at watching a gyrating Tatum, then we have an opportunity for you. While shooting has begun on the striptacular-sequel, Magic Mike XXL, in Savannah, Ga., not all roles have been cast.

Because you can’t have a strip show without an audience, the casting director working on the film has taken to Facebook to recruit female extras for background work as strip club patrons. But these women won’t be treated to any old male review: The lucky 300 women selected to fill the audience on Oct. 23, 24, 25 will get a chance to enjoy what is being called “The MAGIC MIKE Experience.” If you’re confused about what that entails, allow the casting notice posted on Facebook to explain.

You will not be paid, but we will feed you and you will get the official cast and crew American Apparel T-shirt at the end of the evening. (And you only have to work for one day and you still get to experience one of the performances!

So free lunch and a T-shirt in exchange for spending your entire day watching a shirtless Channing Tatum and Joe Manganiello? Seems like honest wages for honest work considering most women would actually pay for the chance to get up close and personal with the stripped-down actors.

“Please do not apply if you are offended by nudity and acts of a sexual nature,” the post adds. We’re guessing that if you found your way to this article, then that caveat doesn’t concern you. Good luck to the ladies submitting, and may the odds be ever in your favor.