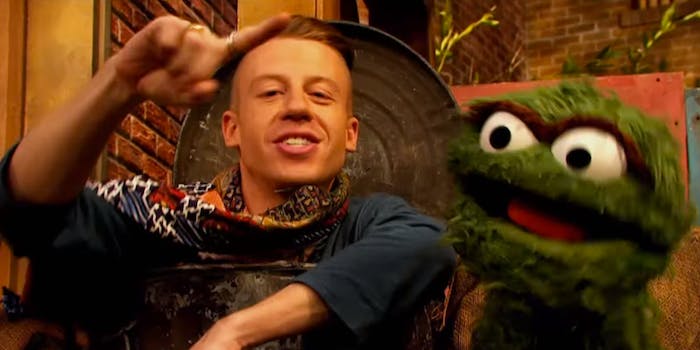 This is gross and awesome.

Macklemore’s going beyond the thrift shop searching for bargains.

The rapper recently visited Sesame Street and joined up with the Grouches to find the most disgusting pieces of trash around. It’s a parody of “Thrift Shop” that could double as a commentary for how some people feel about the original. It’s at least a year late but no less enjoyable, as Macklemore is fully willing to poke fun at himself.

After all, one man’s trash is another grouch’s outfit.