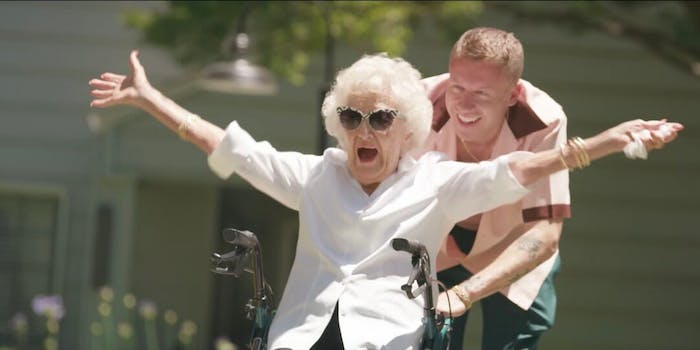 Macklemore’s grandmother Helen just turned 100, so he celebrated by driving her around and doing whatever she wanted—and putting her at the center of his newest music video.

In “Glorious,” Macklemore’s music takes a backseat to Helen’s big day as she delights in egging a house, donning a new pair of shoes and a thrift shop-fresh top, and driving around in a convertible. The song itself grows on you, but Macklemore’s grandmother, who’s having the time of her life, is by far the bigger draw.

We might just have a new music video star on our hands.