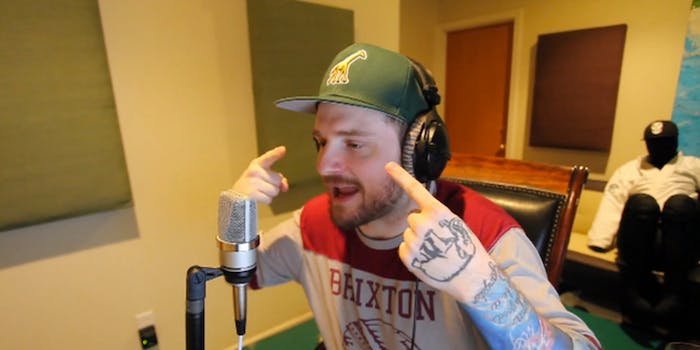 The emcee launches into an absurdist, alliterative analyzation of the alphabet, from A to Z.

In a video uploaded to YouTube yesterday, rapper Mac Lethal redefines what it means to learn the alphabet.

As the video starts, the Kansas City, Mo., emcee can be seen in the studio, holding his head in his hand. We’re told this is his 67th take. He then launches into an absurdist, alliterative analyzation of the alphabet, from A to Z, in less than two minutes. He references Nick Nolte, Patton Oswalt, Einstein, and Adderall, the latter of which might be helpful for keeping up with his insane flow. How does his mouth keep up with his brain? And what does “like a sheet of Sudafed I’m swiftly swimming like a seahorse” really mean?

Though it’s hard to believe, this might actually one-up his “Pancake Rap.”