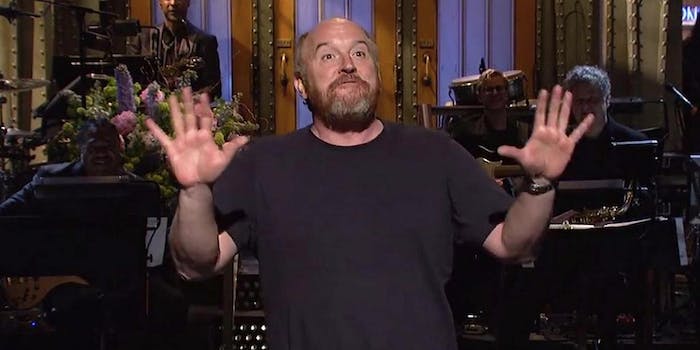 In just eight minutes, he pushed all the buttons.

During last night’s Saturday Night Live opening monologue, comedian Louis C.K. decided to hit pretty much every hot button issue. In the span of eight minutes, he managed to tackle casual racism, the Israel/Palestinian conflict and child molestation. It was a lot, to say the least.

Devout fans know that Louis C.K.’s brand of humor is all about pushing envelopes, in the vein of Richard Pryor and George Carlin. But the earnest SNL viewer might have found that lines like “Child molesters are very tenacious people. They love molesting childs, it’s crazy!” took edginess a little too far.

The monologue didn’t hold back in any way, but former cast member Chris Kattan shared some insight on Twitter:

I wrote a sketch similar to a #LouisCK sketch on #SNL40Finale when I did African-American voice they said 'too offensive.' Now I'm confused