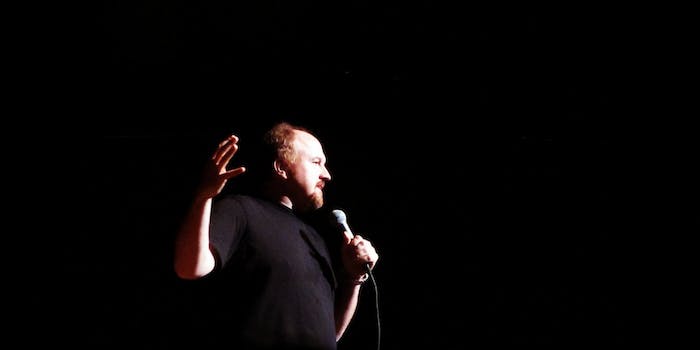 What do your pets do when they're home alone and voiced by Louis C.K. and Kevin Hart?

Who knew we’d live to see the day Louis C.K. would be involved with an animated movie about talking dogs?

According to the Hollywood Reporter, the comedian is part of a new film called The Secret Life of Pets, which will reportedly also feature Kevin Hart, Ellie Kemper, and Hannibal Buress, among others. C.K. will voice Max, a dog who gets an unwelcome surprise when his owner brings home another dog, according to IMDb:

Taking place in a Manhattan apartment building, Max’s life as a favorite pet is turned upside down, when his owner brings home a sloppy mongrel named Duke. They have to put their quarrels behind, when they find out that an adorable white bunny named Snowball is building an army of abandoned pets determined to take revenge on all happy-owned pets and their owners.

The film also apparently explores what our pets do while we’re away from home every day, but sadly, since this is for kids, we’re guessing the answer is not swear like a sailor. Hopefully it will be a much more upbeat take on this heartbreaking clip.

Despicable Me director Chris Renaud is on board to direct, and the film is set to be released in July 2016.